Non-contacting torque sensing technology is delivering improved monitoring and control to materials handling applications in the coal industry, including monitoring of coal conveyors and viscosity measurement of coal slurry. In each case the technology delivers improved accuracy over alternative techniques, so improves quality, efficiency and cost effectiveness.

Throughout the coal mining, transporting, processing and burning industries, conveyor technology has a major role to play, not only transforming what were once enormously demanding manual processes, but also offering significant benefits over methods of handling and transportation. These conveyors are, by the nature of the product being handled, heavy duty electro-mechanical systems operating in highly challenging environmental conditions, and a general lack of efficiency or downtime due to mechanical failure is often accepted as a fact of life.

But it doesn’t have to be this way, with the application of non-contact digital torque monitoring technology opening up the potential to transform these conveying processes into highly accurate and controlled procedures.

Conveying operations start at the coal face under the mine, where scraper conveyors are typically used to remove the coal from the mine. Then there is the transport of the coal from the mine to the processing plant, which might be many miles away. This might suggest delivery by long haul truck, but overland conveyors can often provide a more cost-effective solution. In both of these applications, the conveyors have to handle vast tonnages of coal, often transporting the material over significant inclines.

Starting and stopping under heavy load, the environmental challenges and the nature of the electro-mechanical technology all have implications for long-term reliability, availability, maintenance requirements and safety. When the goal is simply to keep the conveyor running, there may be little time to consider optimisation of the conveyor control system. And yet, with the application of digital torque sensing technology, the control system can be transformed and the whole conveying process can be made more reliable.

The technology has the potential to transform coal conveying systems. When the conveyor is empty, it requires very little power from the drive shaft to keep it moving smoothly. As coal is added and the conveyor load increases, so more power is needed. Similarly, if the conveyor is run at a higher speed, more power is needed. Controlling conveyor speed accurately helps to minimise shock loads, and so leads to both increased reliability and increased efficiency. For example, if on the one hand a conveyor slows down as more coal is added, then this is adding time and cost to the handling process, while on the other hand if the conveyor speeds up as the load is gradually reduced, then there is potentially a costly mechanical failure waiting to happen.

Accurate control of the conveyor comes from the ability to monitor accurately the power being used to drive the conveyor. This information can then be fed into computerised control systems to ensure the belt conveyor is always moving at optimum speed. Real-time data from the conveyor is collected by having sensors monitoring the critical variables – in this case the torque on the drive shaft, the speed of the motor, and the drive power – and fed back to the control system.

However, torque data can be hard to collect, with traditional technologies introducing as many problems as they solve. Because the shaft is rotating wires attached to it would wind up and snap, so a special way of monitoring it is required. The traditional solution is to use slip rings, but these are expensive, difficult to set up and far too delicate in use for most coal transportation applications.

Sensor Technology is at the forefront of an important enabling technology. Its TorqSense transducer is based on the patented technology of measuring the resonant frequency change of surface acoustic wave (SAW) devices. TorqSense torque sensors use two tiny SAW devices or SAWs made of ceramic piezoelectric material containing frequency resonating combs. These are glued onto the drive shaft at 90 degrees to one another. As the torque increases the combs expand or contract proportionally to the torque being applied. In effect the combs act similarly to strain gauges but measure changes in resonant frequency.

The adjacent RF pickup emits radio waves towards the SAWs, which are then reflected back. The change in frequency of the reflected waves identifies the current torque. This arrangement means there is no need to supply power to the SAWs, so the sensor is non-contact and wireless.

This innovative method of measuring torque can bring distinct advantages to coal conveying, whether in extracting coal from the mine, or transporting it for processing, or as part of subsequent shipping operations. A process that was once regarded as very difficult to monitor can now reap the same benefits as many other industrial processes.

There are other applications within the coal industry as well. At coal-fired power stations, coal is typically transferred from the bunkers to a pulverizer using a paddle conveyor, and is misted with water to prevent a potentially hazardous build-up of explosive coal dust. However, this misted coal can collect on the paddles and eventually lead to a conveyor jam. Such jams can be a significant cause of downtime, as well as causing major damage, with the sudden increases in torque pushing the conveyor beyond design limits and causing breakages to conveyor chain, paddle attachments and drive gearbox.

Mechanical torque limiters prevent damage as the conveyor jams, but an improved approach is to use TorqSense torque sensors to continuously monitor the torque to identify the gradual increases that will be indicative of an impending jam condition, enabling preventive maintenance.

A further application is in the mixing of coal slurry, where the ability to monitor the drive torque required to turn the mixer paddle could ensure a significantly more accurate mix. Traditional torque monitoring technologies have often introduced as many problems as they solved. Because the spindle is rotating, wires attached to a torque sensor on the shaft would wind up and snap. Approaches using slip rings are available but far from ideal in terms of cost, set-up and wear.

Applied to a rotational viscometer, the TorqSense transducer is mounted between the motor and the paddle. A double bearing eliminates any side loads, while a torque limiting coupling provides protection in the event of the paddle mechanism seizing. With the motor operating at constant speed, the transducer provides an output of torque that changes proportionally to the viscosity during mixing, thus enabling the operator to accurately measure the relative viscosity of the mix. Using TorqSense rotary torque transducers can simplify the design of these rotational viscometers while also increasing accuracy, so providing a robust and reliable solution in challenging applications where the absolute viscosity of the mix is a critical factor.

We can see then that throughout the coal transportation and handling industries, accurate, non-contact, digital torque monitoring can play a significant role in optimising processes, increasing efficiency, minimising downtime and reducing costs. 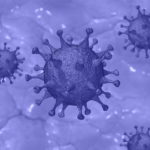 Further to recent developments surrounding COVID-19, we want to provide you with information about measures we have introduced to reduce the impact on our business. Click Here for more information

Sensor Technology Ltd's standard range of products are warranted against manufacturing defects and component failure for two years from date of purchase, subject to fair wear and tear and return for the first year's free of charge annual re-calibration. This warranty is extended indefinitely if the equipment is returned to Sensor Technology, or its distributor, for annual re-calibration, when software and hardware updates, if required, will be carried out free of charge. Standard range means those products as described in the company's product data sheets.